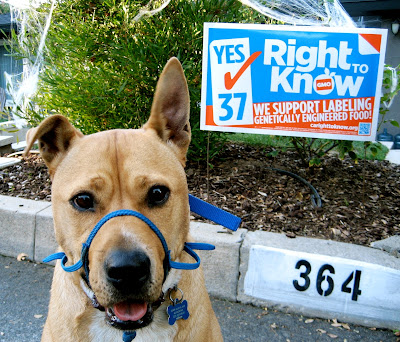 On another note, let's for a moment forget that Danny DeVito cheated on his wife and applaud him for participating in the video, The Right to Know: Vote Yes on Prop 37. Or, as someone put it recently: we just want to know what's in our effin food!
Posted by Susan Campisi at 9:03 PM